Dufrane Nuclear Shielding, Inc. (DNSI) supplied Secure Environmental Containers (SECs) three years in advance of the scheduled construction of the Compact Low Level Radioactive Waste (LLRW) facility. The SECs were utilized for interim storage of Class A, B and C radioactive waste, while the LLRW was being constructed. The utilization of SECs for interim storage was vigorously vetted and approved by the Texas Commission on Environmental Quality (TCEQ).
DNSI began production and supply of Modular Concrete Containers (MCC) for Waste Control Specialists LLC in the last quarter of 2011 for the near surface disposal of Low Level Radioactive Waste. The MCCs are provided in both cylindrical and rectangular profiles for use by a State Compact and Federal Waste respectively.

Cylindrical Shield: Overall Body dimensions are 92” outside dia. x 80” inside dia. x 108 1/2” usable inside height. Six lift anchors are located on the top surface with each rated at six tons. A stepped profile Cover nests to prevent streaming.

Rectangular Shield: Overall Body exterior dimensions are 130” long x 108” wide x 124” high and an 8” thick wall. With the stepped Cover in place, the usable inside height is 108 1/2”. Six lift anchors are located on the top surface with each rated at ten tons.

General Information: Materials of construction are Epoxy coated (optional) steel reinforced concrete. The density is rated at 150 PCF with a minimal compressive strength of 5,000 PSI after twenty-eight days. Re-bar is placed within 1 1/2” of the concrete surface. All exterior surfaces, except the bottom are prepared and painted with an Asphaltic coating. 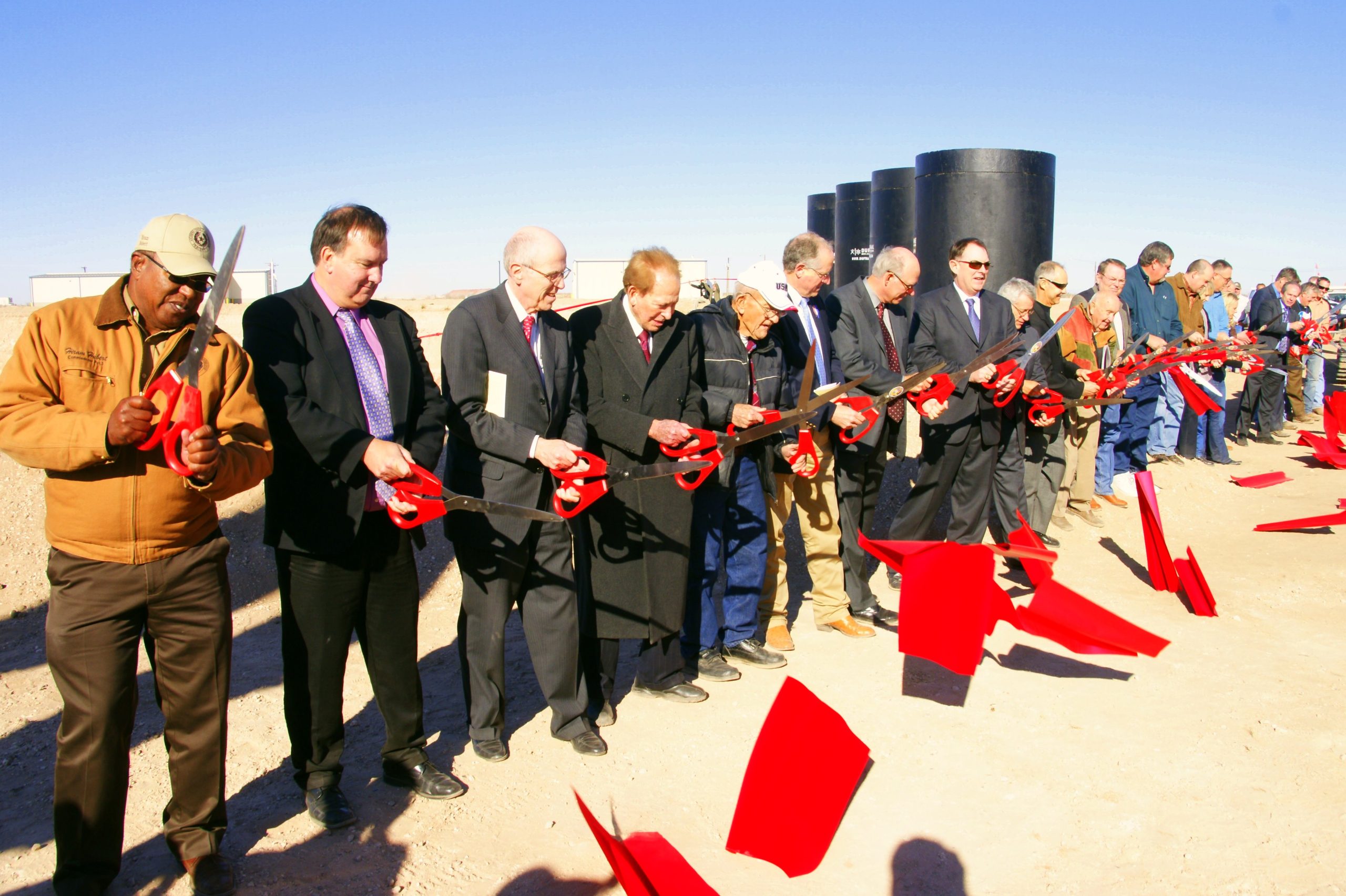 The grand opening of the most advanced, secure near-surface facility for the disposal of Class A, B, and C low-level radioactive waste from Compact facilities (commercial nuclear power, universities and medical centers) in the United States happened in Andrews, Texas, on November 11th, 2011. DNSI containers are pictured here during the ribbon cutting ceremony. The grand opening of the most advanced, secure near-surface facility for the disposal of Class A, B, and C low-level radioactive waste from Federal facilities in the United States happened in Andrews, Texas, on June 6th 2013. DNSI containers are pictured here with a red bow around them. 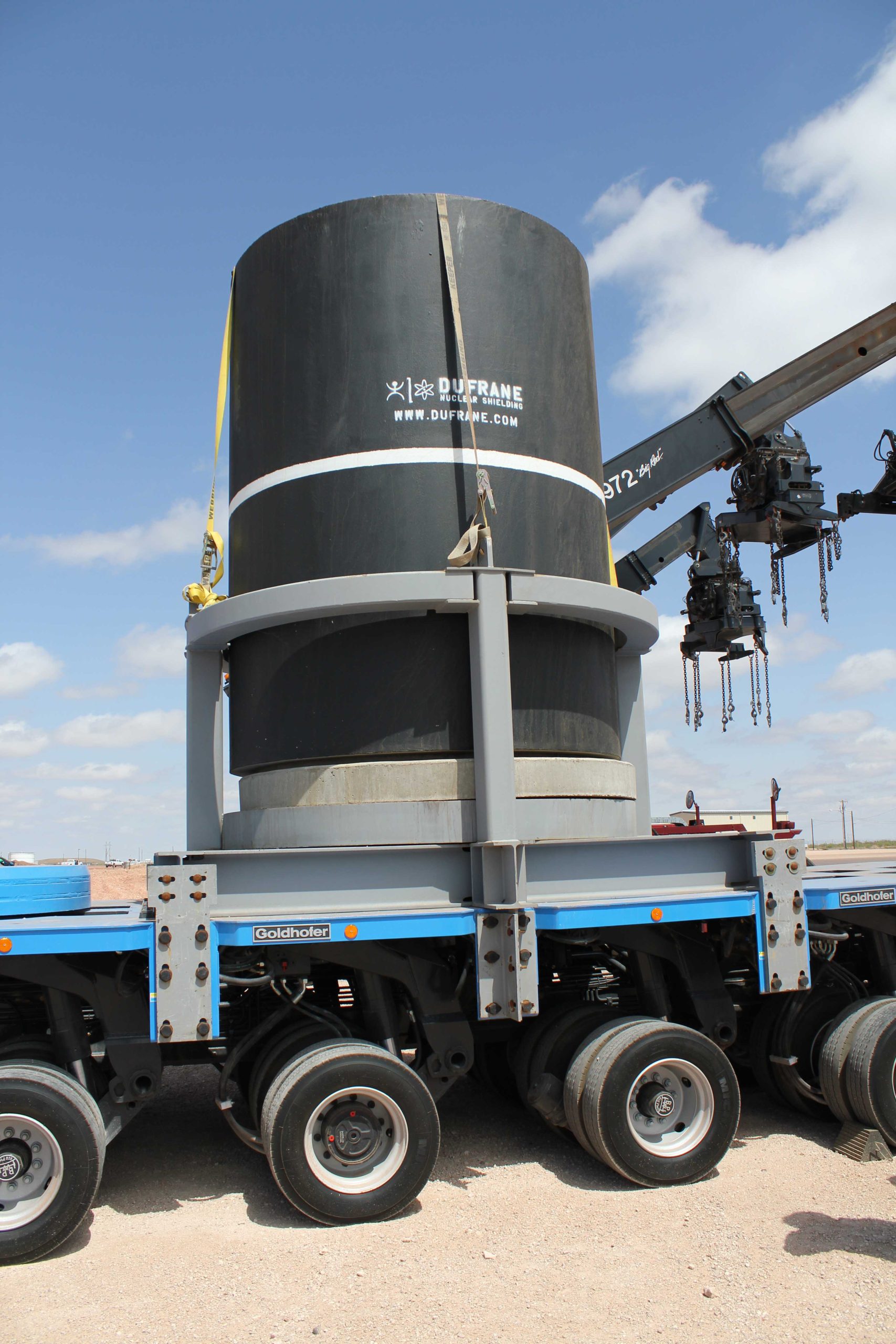 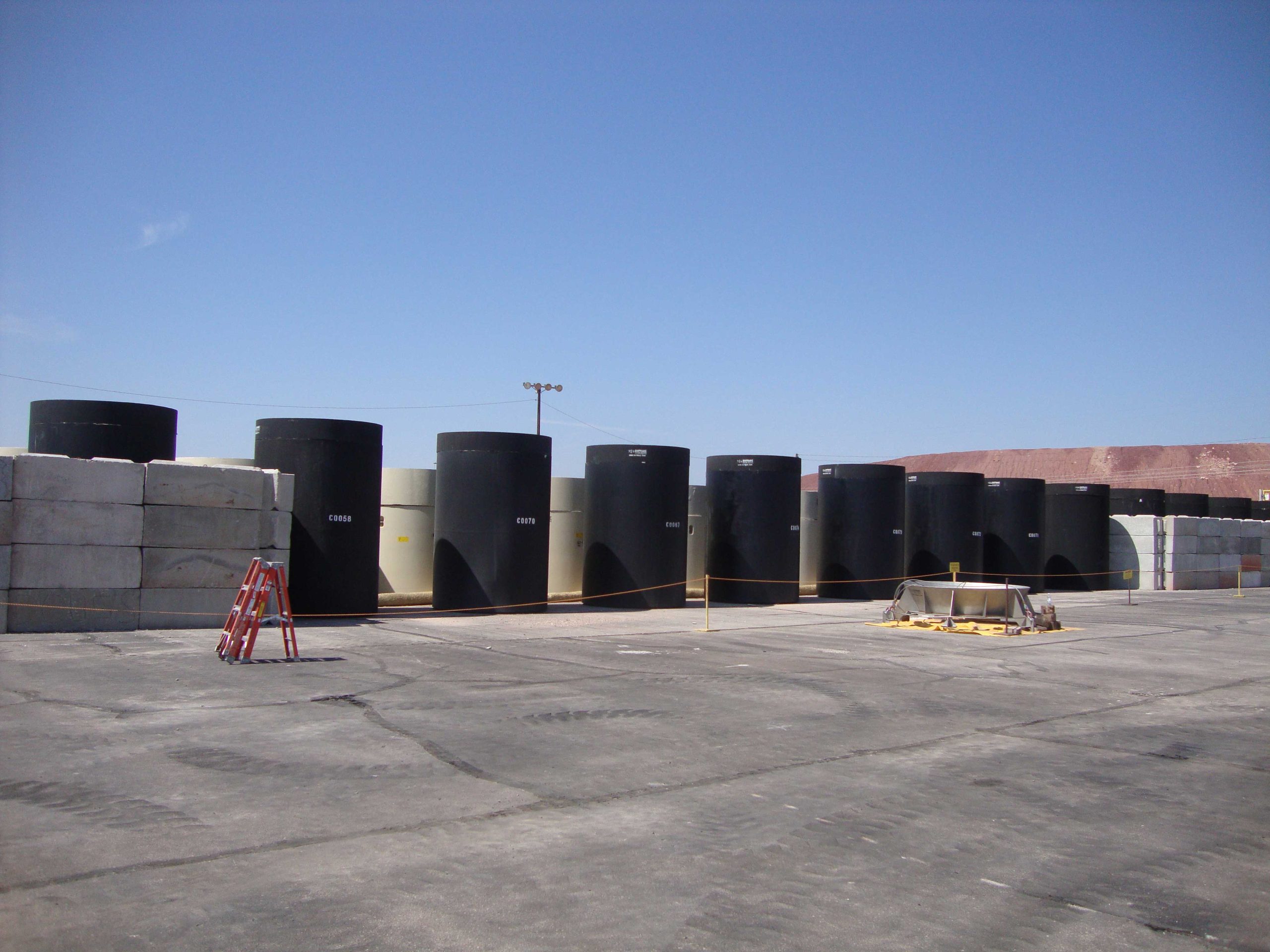 Dufrane Modular Concrete Canisters (black, foreground) and Dufrane Secure Environmental Containers (tan, background) and Dufrane Liner Centering Guide in-use at WCS. The SECs were utilized as interim storage for Class B and Class C waste in advance of the Compact disposal cell opening in 2011. The waste was safely transferred from the Dufrane SECs to the Dufrane MCCs for final disposition. 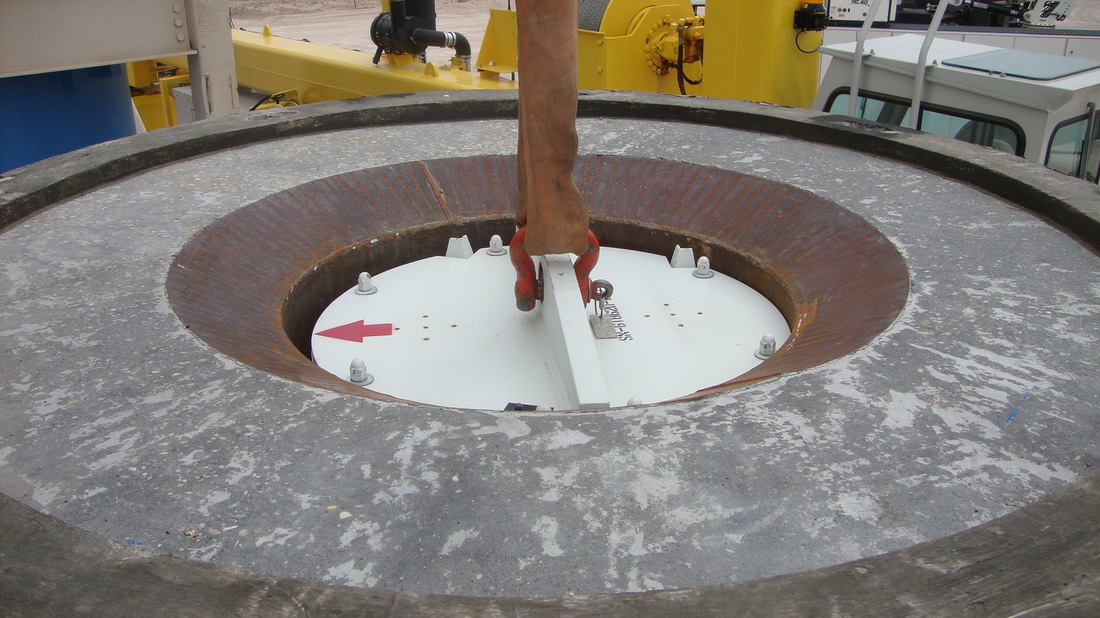